In a Glass Box


In someone's imagination these models of war were created. Perhaps the maker had lived through such terrifying experiences or were told stories by by a parent who survived WW2. Both model and events happening more than a generation past but existing, now, as still life in a glass box. On November 11, lets show our appreciation and respect to those who lived and died through violent conflicts at the request of their countries. 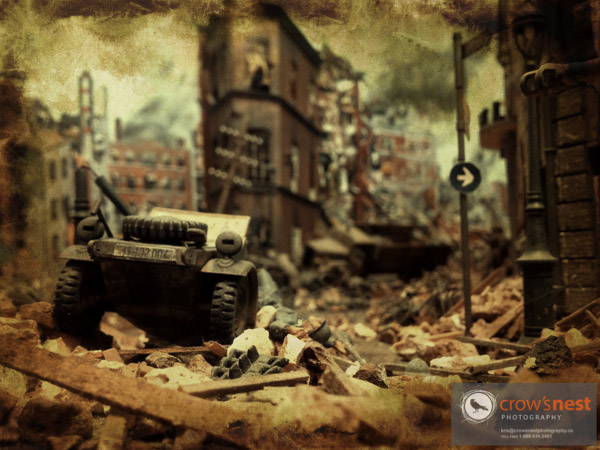 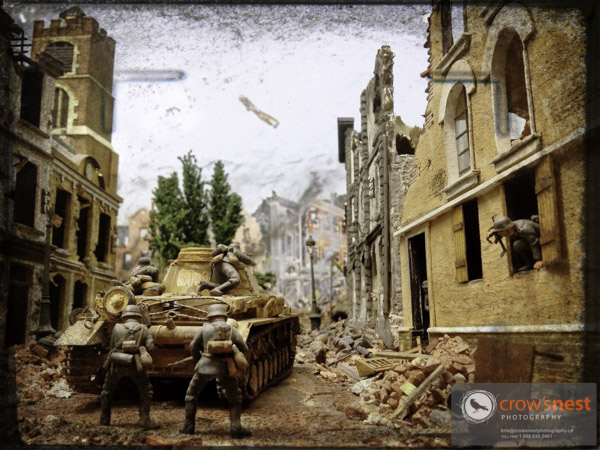 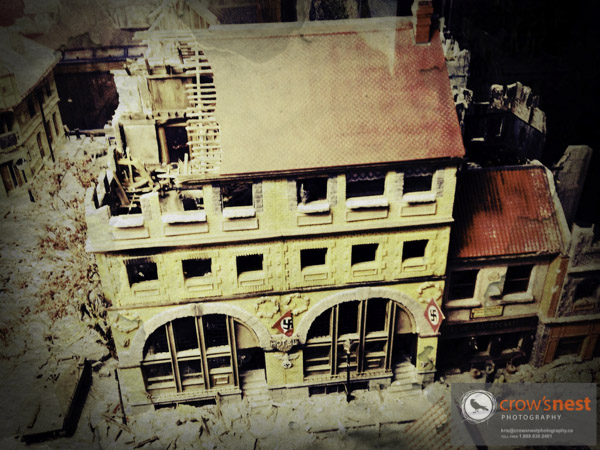 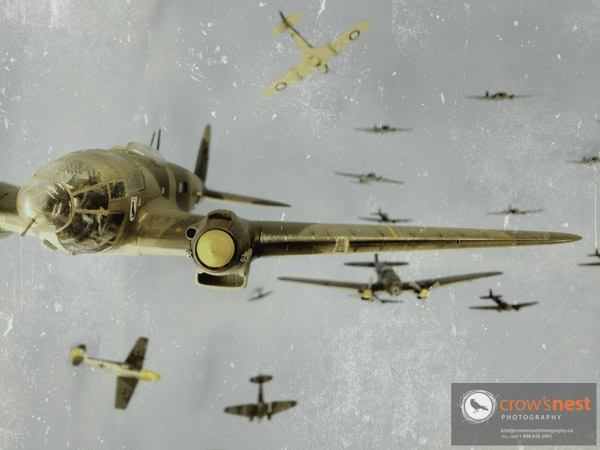 My vision while photographing these physical models was an attempt to spin a graphic, surreal, dirty feel over the toy like miniatures. The models succeeded in their details of the scenes but left the viewer detached and safe. I recognized their plastic limitations and wanted to see if I could take the models one step further using photography and graphic after effects. Some image worked and others couldn't let go of the childlike quality. Regardless it was an interesting adventure. Thank you to the model builders and the exhibits home who allowed the public to photograph as they pleased. Creativity has a life of its own.

If you'd like to see the models with your own eyes then you'll have to travel to Victoria, British Columbia. http://www.miniatureworld.com/ . Well worth the $12 entrance fee.
Posted by Kris Hockley at 11:15 AM